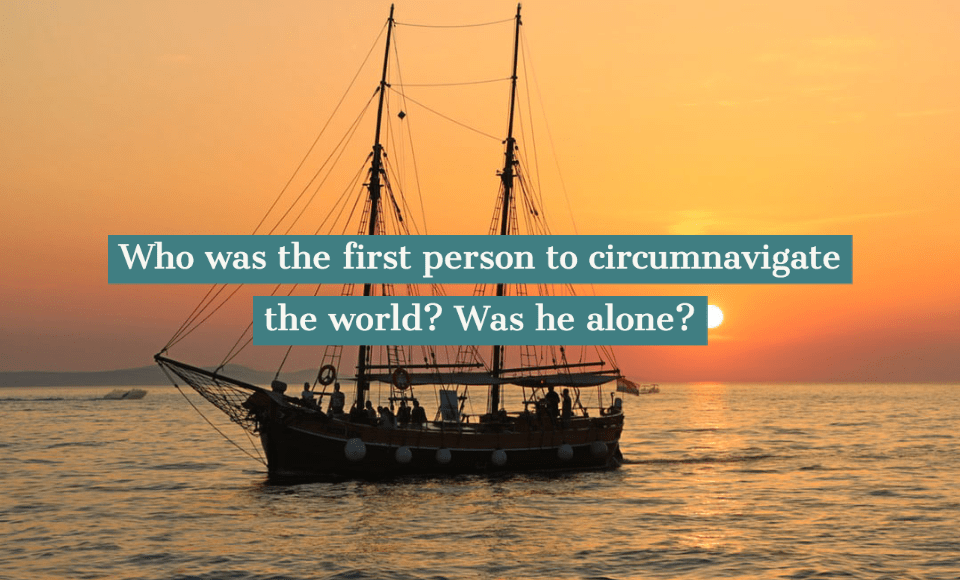 During the heyday of colonialism, the wealthy countries around the world organized many expeditions that aimed to find spices to sell and to also look for people who will buy their products. The first circumnavigation of the world was the result of one of those expeditions, although it was by accident. Ferdinand Magellan, a Portuguese navigator, is considered to be the first person to have circumnavigated the Earth. However, Magellan was not alone in the expedition, and despite having many crew members, he was not aboard the ship that went back home to Spain.

The goal of Magellan and his crew for their expedition was to find a path to Spice Islands, which is located in the East Indies, and one of the ways that they can get there is to sail to the west of Spain. While Magellan is Portuguese, it was not the leader of that country that offered him to sail for spices. The expedition was sponsored by Charles I, the King of Spain during that period. It is also important to note that The East Indies had been under Spanish rule back then.

Magellan and the crew set out to sail towards the Spice Islands on September 20, 1519. The expedition consisted of five ships with around 250 crew members. The flagship where Magellan is aboard was named Trinidad, while the other ships are called San Antonio, Concepcion, Santiago, and Victoria.

The crew first traveled to South America through the Atlantic, and then after sailing along the eastern coast of the said continent for some days, they passed a strait that is now known as the Strait of Magellan to enter the Pacific Ocean. The ocean was actually named by Magellan, although he called it in Spanish as “Mar Pacifico,” which means “still ocean” because of how the waters don’t seem to move much at first glance.

At the strait, the ship San Antonio failed to go back to Magellan’s primary route, as its pilot named Estêvão Gomes conducted a mutiny against Magellan and his cousin, Álvaro de Mesquita, who was aboard the said ship. Gomes and his crew then put Mesquita in chains and went back to Spain to sabotage Megallan’s expedition since they carry supplies with them that are needed to complete the journey to the Spice Islands.

According to historical records, Gomes hated Magellan because he was jealous that Magellan’s expedition was funded instead of his, and he was just regulated as a crew member for the captain. Magellan continued his voyage towards the Spice Islands despite losing one ship due to mutiny.

Surviving a troublesome period filled with mutinies, illnesses, and challenges in the climate, their ships reached Homonhon island of the Philippines on March 16, 1521, after leaving Guam on March 9. Magellan named Guam as the “Isla de Los Ladrones” or “Island of Thieves” because the natives of the island stole goods from their ship, and they also took away Trinidad’s bergantina (a small boat used to visit islands if the ship is too big to dock). Fortunately for Magellan, they were able to get the remaining goods as well as the bergantina from the tribes, but they burned down more than forty of the native’s houses and killed seven tribesmen.

Some of the Philippines’ natives were more receptive to the explorers than those living in Guam; however, there were some people who wanted the crew to leave immediately. Magellan became distracted from the power that he possessed after converting a few tribes in Homonhon to Christianity, which eventually led to the crew overstaying in the Philippines.

After leaving Homonhon, he then went to the island that will be known as Cebu on April 3. During the crew’s stay on the island, Magellan boasts his fleet to impress the tribesmen of Cebu and also to convert them to Christianity, as he said that following his religion would give the people more blessings. Almost all of the tribesmen are convinced, and the island’s leader, Rajah Humabon, and his family were baptized by Magellan and were rewarded with a statue of the Holy Child, which will eventually be named “Santo Niño de Cebu.”

While he was in Cebu, Magellan learned about a tribe occupying the island of Mactan that refused to convert to Christianity. In order to scare the people of Mactan and prevent them from ruining Magellan’s plans, several crew members were tasked to burn some of the tribesmen’s homes. However, the burning of houses was not enough to deter the tribe of Mactan, and Magellan was forced to bring with him 60 men to raid the island. Magellan indulged in a battle with the tribe’s leader Lapu-Lapu and was killed on April 27, 1521.

After Magellan’s death, the crew retreated and resumed the journey to reach the Spice Islands. After a brief stay and trade, the remaining members of the crew decided to split into two groups. The first one was led by Juan Sebastian Elcano, who was aboard the Victoria that will sail to the west. The second ship, Trinidad, was supposed to sail with Victoria, but it wasn’t able to catch up with the first ship since it needed more repairs. When the Trinidad was repaired, it tried to sail east, but it was captured by the Portuguese and destroyed in a violent storm that devastated the Spice Islands.

On September 6, 1522, Elcano successfully returned to Spain with the surviving crew, which were reduced to a mere 17 members. Unknowingly, they finished the first circumnavigation of the world due to the route that they have taken to stay away from Guam and the Philippines. According to reports, more than two hundred crewmen lost their lives during the expedition that lasted almost three years.

Other Circumnavigations of the World

It took another four centuries for one to circumnavigate the world once again, and it happened in 1898 when an American named Joshua Slocum set sail on his small ship called “Spray.” Slocum was also the first person to go around the globe on his own. The American earned the budget to sail from speeches he rendered at various places throughout his journey.

The first circumnavigation by air was done in 1933 by American pilot Wiley Post, who used a Lockheed Vega aircraft he called “Winnie Mae” to accomplish the feat. Starting on June 23, 1931, he took seven days, 18 hours, and 49 minutes to finish the journey.